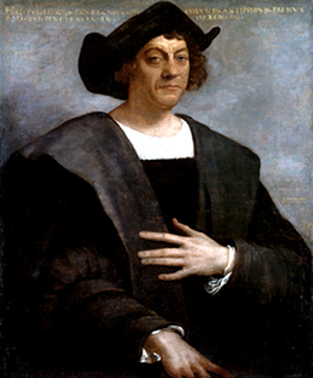 Columbus was born before 31 October 1451 in the territory of the Republic of Genoa (now part of modern Italy), though the exact location remains disputed.His father was Domenico Colombo, a middle-class wool weaver who worked both in Genoa and Savona and who also owned a cheese stand at which young Christopher worked as a helper. Christopher's mother was Susanna Fontanarossa. Bartolomeo, Giovanni Pellegrino, and Giacomo were his brothers. Bartolomeo worked in a cartography workshop in Lisbon for at least part of his adulthood.


Columbus was not a scholarly man. Yet he studied these books, made hundreds of marginal notations in them and came out with ideas about the world that were characteristically simple and strong and sometimes wrong.
Next
Powered by