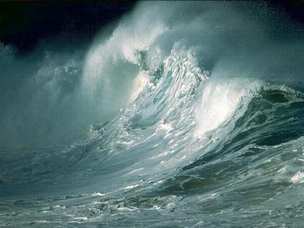 Sailing in the 15th century was not an easy thing, It took a good amount of skill and a large number of sailors to run the ship.

With six sails, a bowsprit, foresail, mizzen, spritsail and two topsails, these ships were a burden to steer and commandeer.

The crew of Columbus' ships faced many challenges when crossing the Atlantic Ocean.  The adversities consisted of starvation, dehydration, Scurvy, (Lack of Vitamin C)  and malnutrition.  Some of the sailors aboard the vessels also believed that there were great and evil sea monsters that would swallow them up or destroy their boats in an instant.

After being at sea for a little over a month, groups of the crew got together and discussed mutiny intentions.  They were convinced that Columbus had lost Sanity and was leading them to their own death.  With great timing however, Columbus reached the New World before any of these plots became reality.

On record, we have instances stated when the seas were very rough and stormy.  This caused the ships to drift a little bit off course further down south.  If you look at the map of Columbus' Journey, You can see where there ship drifted south. 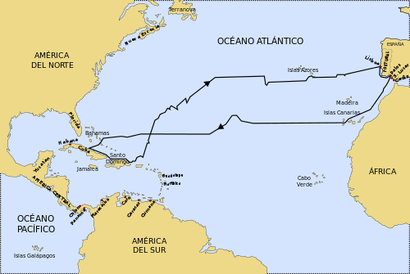